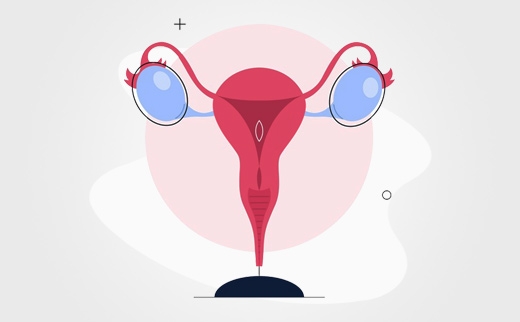 What is Gynaecologic Surgery?

Gynaecological surgery is be performed for a number of conditions including removal of fibroids, endometriosis treatment and tubal ligation reversal.

Some of the gynaecologic operations are:

What is Reproductive Gynaecologic Surgery?

Some women have a gynaecological problem interfering with their ability to conceive that can be corrected through a surgical procedure. Reproductive gynaecological surgery often resolves a woman’s infertility problem so that she can successfully conceive and carry a child.

What is Minimally Invasive Gynaecological Surgery?

Minimally invasive surgery is not always the most appropriate option for every candidate. After evaluating the condition, the surgeon will discuss the best option for the patient.

What are the techniques for minimally invasive gynaecological surgery used to treat women with infertility?

Minimally invasive gynaecolgic surgical techniques that may be used to correct conditions that are interfering with a woman’s ability to get or stay pregnant include the following:

Laparoscopy is a minimally invasive surgical technique usually performed under general anesthesia. Laparoscopy examines the organs of the abdominal cavity and performs a variety of procedures to restore, enhance and preserve fertility through small incisions (5-12mm) in the belly button or lower abdomen inserted a tiny laparoscope (a tube with a light and camera lens at the tip).  This camera produces images that can be seen on a computer screen. Additional small incisions can be made to introduce additional instruments needed to perform surgery. Carbon dioxide is then pumped into the abdomen to help the surgeon see the organs more easily.

The advantage of laparoscopy is that it allows a direct view of the abdominal and pelvic organs and structures without the need for major surgery. Laparoscopy allows for quicker recovery, less pain, less scarring, and less blood loss.

The procedures that are mainly performed to treat various reproductive disorders are:

Robot-assisted surgery, provides expanded visualization, allowing surgeons to perform procedures that might be difficult to do with traditional laparoscopy alone. A surgical robot is a computer-controlled device that can be programmed to aid the positioning and manipulation of surgical instruments. The wristed instruments with the robotic system allow to do difficult cases in a minimally invasive way that otherwise it would be treated with laparoscopic surgery. Surgeon fatigue is minimized by use of a console at which the surgeon may sit comfortably.

However, with robot-assisted laparoscopy cost is higher and operative time under anesthesia (including time for robotic set-up and disassembly) is longer and there are usually more incisions so it is not used unless there is a clear need.

Traditional and robotic laparoscopy have the similar advantages over laparotomy, including decreased morbidity, rapid recovery, and improved aesthetics of incisions. The complications of both of these minimally invasive techniques are the similar as:  trocar injuries, insufflation related problems, trocar-site abdominal wall hematomas, an increased risk of bladder, ureteral and bowel injury compared to open surgery.

What are the advantages of minimally invasive surgery for reproductive health?

Although minimally invasive surgery uses smaller surgical incisions and is generally less risky than traditional surgery, the risks of complications related to anesthesia, bleeding, and infection are not completely eliminated.

Hysteroscopy is an outpatient procedure that used to diagnose and treat many uterine disorders. A narrow fiber optic telescope called a hysteroscope inserted into uterus through the cervix, to capture and transmit images of the canal of the cervix and the interior of the uterus to a television screen and, if necessary, remove fibroids, polyps, uterine septum or adhesions inside the uterus.

The other surgical techniques of Reproductive Gynaecologic Surgery:

An small incision is made in the lower abdominal wall just above the pubic bone to reach the reproductive organs.  The gynaecologic surgeon explores the pelvis and corrects the problem.

In a laparotomy, an incision is made in the lower abdomen which allows the gynaecologic surgeon direct access to all structures of the pelvis. This procedure may be needed for severe pelvic diseases and requires a few days of hospitalization and a 4–6 week period of recovery.